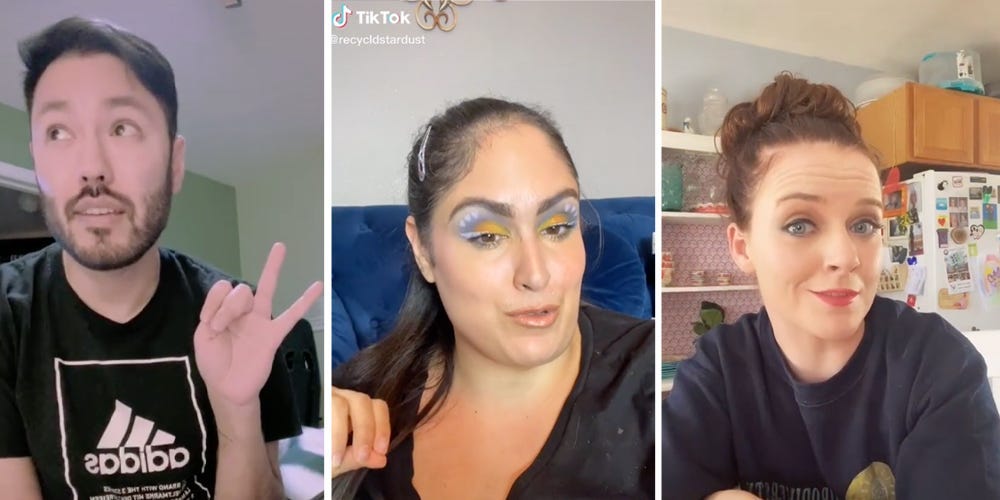 In April of 2021, one of Kevin Yatsushiro’s TikToks, which showed him changing out the switches in his keyboard, went viral.

It gained 3 million views with top comments saying it was the first longform TikTok they watched through to the very end.

Yatsushiro, 30, who is better known as @itskiwicvlt, a gaming and anime personality on the app, expected at least a modest financial windfall. But he only saw $12.50 paid through TikTok’s Creator Fund for that video.

“When I saw such a low amount of money generated, it really made me feel less about myself,” he told Insider. “It was a huge blow to my mental health … it made me not want to create content anymore.”

Several high-profile creators, including Hank Green and MrBeast, have publicly criticized TikTok for low payouts from its Creator Fund, through which it pledged in 2020 to pay out $1 billion.

But Yatsushiro, who has built an audience of over 586,000 followers on TikTok, took it a step further. Last year, he decided to pull out of the Creator Fund entirely. He also took a full-time job at a large corporation doing non-social-media work. Now, he only posts when he feels like it.

He’s not the only one to reconsider his participation in the Creator Fund. Other TikTokers like Yutsushiro told Insider that they felt demoralized by their low payouts, with some saying they’d prefer to make no money from TikTok at all.

Alicia Trautwein has nearly 93,000 TikTok followers, but she’s been posting more to Instagram and even Pinterest these days.

“TikTok has never had a good Creator Fund,” she said. “You’ll have people with millions of views on a video getting 20 to 30 bucks off of it.” Trautwein spends her time on TikTok for the community, she added.

The most Trautwein has made in a month from TikTok’s fund was about $10 from a single video that gained 1.8 million views in October of 2020. Insider has reviewed documentation to verify this and other payouts cited in this story.

Nikki Apostolou, a body positivity TikToker with 145,000 followers, posts at least three videos a day. She’s had a few viral hits that have garnered 2 to 3 million views each, but she doesn’t feel her earnings value the work she puts in. In fact, she feels like she’s burning out.

“Even with viral TikToks I still only receive $20 to $30 on an average month,” Apostolou told Insider. “It mentally takes a toll … It makes me question and doubt myself and it starts to make you feel like your self worth is that Creator Fund. I sometimes feel like a street performer with real talent entertaining for pennies.”

She hasn’t seriously considered quitting TikTok or pulling out of the Creator Fund because, as she put it, “every penny counts.”

But others have. For instance, 26-year-old Yazid Sulliman (@YaziDoe), like Yatsushiro, told Insider he pulled out of the Creator Fund because he was not making enough from the program.

Trautwein and Yatsushiro both said they’d flagged these concerns to their TikTok community managers, along with suggestions for how to make the Creator Fund a more competitive and secure program.

One main suggestion they had was for TikTok to standardize its rates, which would more closely tie their earnings to the value generated. Many creators pointed to YouTube as a good model for this. While YouTube payouts can fluctuate based on factors like where the audience views from, creators get 55% of the money paid by advertisers. TikTok payouts, in contrast, depend on a variety of unnamed factors and are also not directly tied to revenue the platform is making.

Currently, many TikTokers said the most profitable way for them to make money off their accounts was by taking brand deals. Creators can set their own rates based on their follower count, engagement, and reach, and be able to negotiate their pay with various brands.

“I hope that TikTok can become better aware of the overall mental health of their creators when it comes to monetization,” Yatsushiro said of the Creator Fund. “We’d like to know how TikTok assigns us a monetary value per view and how they make that decision. Ultimately, if we knew how these decisions were made, maybe it could help us best decide how to cater our current content strategies to accommodate making more money and solidifying a career as a content creator.”

When asked for comment, a TikTok spokesperson said in a statement that the company understood “how important it is that our creators are appreciated for their work and look to our creator community for valuable feedback to better serve their needs.” The statement also pointed to the other ways creators can make money on the platform like its LIVE Subscription, Branded Mission, TikTok Pulse, and the Creator Portal.

Emotional exercises to better your mental health and combat anxiety