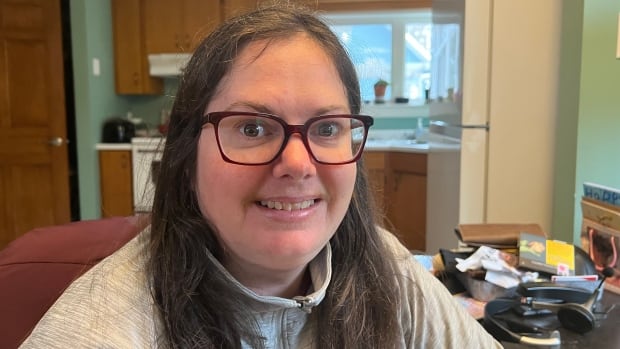 Lesley McCuaig remembers how angry she was when she was first diagnosed with schizophrenia in 2016.

“I think it was coming from a bit of fear, fear of the unknown,” she told The Current.

McCuaig previously sought help for depression, anxiety and substance use disorder prior to her diagnosis. But when her schizophrenia diagnosis came in, she thought “all of my goals and dreams were over.”

“I think that comes from some of the stigma that’s out there, that schizophrenia can be crippling — which it can be, but you can also lead a very fulfilling life with the diagnosis of schizophrenia,” she said.

McCuaig is one of roughly 320,000 Canadians living with schizophrenia, based on federal data from 2016-2017. But despite how common the illness is, some organizations say they find it difficult to raise funds and support for schizophrenia research due to the stigma surrounding the illness.

It’s gotten to the point where some organizations are removing “schizophrenia” from their names.

“We … heard from people that our name was often a barrier, because there was such a stigma related to the word ‘schizophrenia’ that people would feel very uncomfortable calling us,” Mary Alberti, CEO of the Institute for Advancements in Mental Health, told The Current.

We would have people saying ‘Please don’t mail us anything that has a return address of Schizophrenia Society on it because we feel very uncomfortable with that.’-Mary Alberti, CEO Institute for Advancements in Mental Health

For decades, the Toronto-based organization served Canadians with complex mental health needs as the Schizophrenia Society of Ontario.

But after receiving complaints from people living with schizophrenia that the name presented a barrier to getting treatment, the society changed its name in 2020, its CEO said.

“We would have people saying, ‘Please don’t mail us anything that has a return address of Schizophrenia Society on it, because we feel very uncomfortable with that,'” Alberti said.

Karen Slaunwhite knows how much of an issue this is.

She’s the executive director of the Schizophrenia Society of Nova Scotia, which supports individuals living with schizophrenia through wellness and scholarship programs.

But the organization is in the process of changing its name to reflect other types of mental illness.

Slaunwhite said it can be a challenge to find corporate sponsors, because some think schizophrenia is not as “attractive” a cause when compared to other mental illnesses.

“Anxiety and depression are considered more mainstream, so [sponsors] can more readily get behind that,” she said. “They probably know a number of people who live with anxiety, depression or both — but may not know anybody who lives with schizophrenia.”

Raising awareness instead of changing names

McCuaig said it makes her feel “a bit sad” to know some people are hesitant to fund groups that support research or treatment for those living with schizophrenia — but she doesn’t think name changes are the answer.

“The fact that corporate Canada or corporate America sees the name ‘schizophrenia’ and shies away from donating is telling us something: that we need to make campaigns that make [sponsors] more aware,” she said.

Being open and honest

Faydra Aldridge has seen the effect of stigma on those living with schizophrenia. Her sister, Carissa Lynn, died as a result of the illness.

“When people say that they have heart disease or Parkinson’s, we as a society lean in. We say, ‘What can we do to help you?'” said Aldridge, CEO of the British Columbia Schizophrenia Society. “When somebody has schizophrenia, people tend to back off.”

Aldridge agrees with her counterparts in Ontario and Nova Scotia that there are misconceptions around schizophrenia. But she doesn’t think stripping the name of the illness from her organization should be the way forward.

“It’s really important to have clinicians and researchers using the exact same terminology so that they can be working together to increase new treatments [and] improving the quality of life for people living with psychosis,” she said.

Beyond that, erasing “schizophrenia” from organizations’ names reinforces the mistaken belief that there should be stigma attached to the word — or to the illness itself, she said.

“By changing the name … we are adding to the stigma, because we are giving the impression that people should be hiding.”

The head of the Institute for Advancements in Mental Health, however, said the name change has been the right decision in her case — and one she said was “driven by” those living with schizophrenia and their families.

“People [are] calling us now who know that there is something wrong, but they don’t know what is wrong,” Alberti said. “They’ve come to us and we’re able to help and support them.”

“At the beginning of my illness … I hid and tucked away what I was experiencing and why I was so sick, and people found it very hard to understand what was happening with me,” she said.

“But as I became more open and honest, I found that my support network actually grew, because people were more aware and more sensitive to the fact that I had schizophrenia.”

It’s by keeping the term “schizophrenia” connected to supportive organizations that will help people living with the condition begin to feel recognized and included, she said.

WATCH: Meet the dancer bringing viewers inside her father’s schizophrenia:

Six years after her diagnosis, McCuaig is now working on a master’s degree in counselling psychology at Yorkville University. And she’s speaking publicly about living with schizophrenia.

“I think it’s given me a lot of confidence,” she said. “I get a lot of positive remarks, and I think it’s very important for people who are flourishing with schizophrenia to speak out and let people know that there is help available, that there is hope.”