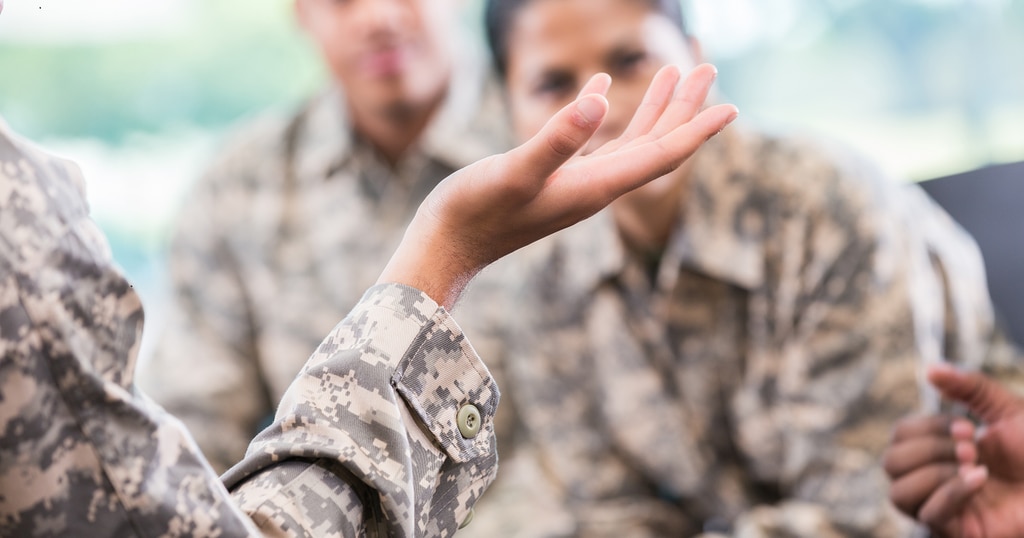 As the military and the nation deal with a shortage of mental health providers and delays in getting appointments, defense and service officials outlined steps they’re taking to address concerns.

“We will also significantly increase our telebehavioral health, including 63,500 visits this year,” she said, during a May 25 hearing on the military health system before the House Appropriations defense subcommittee. “We’re also trying to lower the referral and approval Tricare barriers. While there are shortages in certain areas, we are tackling them, and we understand that this will not be an easy or a quick fix.”

Most military treatment facilities meet the mental health care access standards of appointments within 28 days, she said , but each month “one or two MTFs are out of compliance.” Patients who require immediate care “are being seen — absolutely — immediately.”

In general, the average wait time is between 11 and 13 days for an initial behavioral health evaluation, said Army Lt. Gen. Ronald Place, director of the Defense Health Agency. Follow-up appointments are based on the individual and their behavioral health care requirements, he said. There are variances in some areas, including remote locations. Officials are also contracting with other behavioral health facilities that offer telebehavioral health to meet the needs of service members as well as families.

The Army is working with the Defense Health Agency, looking at locations where it’s difficult to hire the needed behavioral health professionals, and shifting uniformed personnel to go those locations to fill the gaps to help with the workload, said Army Surgeon General Lt. Gen. R. Scott Dingle.

The service is also using a “targeted care model,” he said, “where we are looking at ensuring that patients are getting to the right care at the right time.

“The question is, does everyone need to be seen at the MTF in mental health or, through a triage process, would someone be better served in other means, working through a chaplain, working through marriage family life counselors,” he said. The service also looking at the potential benefits of group appointments.

“It’s a pilot [program] that’s ongoing and has been successful and increased access for those patients in highest need,” he said.

The Navy has seen significant increases in the use of virtual services for mental health as well as primary care, he stated. In fiscal 2021, almost 20% of mental health appointments for sailors and Marines were conducted virtually.

Gillingham noted that the Navy, like the other services, also focuses on prevention.

“Beginning in boot camp, all of our recruits are taught stress reduction and meditation techniques,” he told lawmakers. The service is also teaching leaders about identifying those at risk “so we can get them to care.”

Several lawmakers expressed unease about the recent suicides aboard the aircraft carrier George Washington, and the overall issues of mental health in the military.

“This is a concern to all of us,” said Rep. Ken Calvert, R-Calif. “We see a rise for a number of reasons, not just in the military but throughout society, in mental illness, and dealing with suicide. I hope all of you focus on that and try to potentially bring us some solutions.”

Karen has covered military families, quality of life and consumer issues for Military Times for more than 30 years, and is co-author of a chapter on media coverage of military families in the book “A Battle Plan for Supporting Military Families.” She previously worked for newspapers in Guam, Norfolk, Jacksonville, Fla., and Athens, Ga.