It was a weekend of protests for some…

UNIDENTIFIED PROTESTER: When abortion rights are under attack, what do we do?

UNIDENTIFIED PROTESTERS: Stand up, fight back.

FADEL: …And celebration for others.

FADEL: …After the U.S. Supreme Court overturned its own precedent, finding that there is no constitutional right to an abortion. Immediately, states began restricting and banning abortion in many parts of the country. And this week, a new round of legal battles will begin in state courts on behalf of abortion care providers, this time without federal protections to fall back on. Here in Kentucky, performing an abortion at any point in a pregnancy is now a crime, with a single exception in cases where the pregnant person’s life is threatened. But for health care providers, even that narrow exception is confusing. Dr. Louis Monnig (ph) meets us in downtown Louisville, still in his scrubs.

LOUIS MONNIG: I just came off of a 24-hour shift on labor and delivery. And it’s business as usual. People come in for pregnancy care, for deliveries.

FADEL: But the OB-GYN says it’s the unknown under this new ban on abortion that’s worrying him and fellow doctors.

I mean, at this point, have you thought about legally when you can and cannot perform this procedure?

MONNIG: The short answer is, I don’t know, partly because some of these laws and the law in Kentucky was not written by medical experts.

FADEL: If you’re making a decision, OK, this person’s life is threatened, what would you be afraid of in making those decisions?

MONNIG: I think the best example is ectopic pregnancies. They will never be a full-term fetus. They will never result in a live birth of a healthy baby. At some point, many of them will rupture and can lead to sudden intense bleeding that can kill someone in, you know, minutes to hours. So many of us are put in this hard position of having to choose between doing what we think is right and necessary and having to worry about possible criminal consequences. And it may be that there is that exception for, you know, life-saving measures. But that may not stop us from getting accused, charged with something and having to go through the whole process of dealing with that.

FADEL: Are you scared?

MONNIG: I am scared. And I think a lot of us are because there’s nowhere else in medicine that is policed and regulated and now criminalized to such a degree.

JAMIE ABRAMS: That’s the trouble with prosecutorial discretion is you don’t know how it will be exercised in various jurisdictions locally. We are going to see people who, even if they know they’re stretching the law, might try to do that to get themselves the claim of trying to be the most anti-abortion prosecutor in our state.

FADEL: We asked Kentucky’s attorney general, Daniel Cameron, and Jefferson County Attorney Mike O’Connell to speak with us about how they would apply the new law. O’Connell’s office did not make him available. And Attorney General Cameron’s office referred us to his press conference in which he said he wants to make sure that the law is sufficiently followed. It’s Heather Gatnarek’s job to defend health care providers who perform abortions in Kentucky. She’s with the ACLU. And she represents EMW Women’s Surgical Center. It provides abortion care and birth control counseling. It’s closed because of the ban. She speaks in front of the locked door.

HEATHER GATNAREK: To me, this has always been a really special place because people come here either not wanting to be pregnant or they come here because they can’t be pregnant anymore. They might have stress about that and anxiety about that. But they know that they cannot remain pregnant. They come to EMW. They get compassionate health care from dedicated providers. And then they’re able to leave here and go live the rest of their lives, making decisions that are right for them and their families. And I’ve always thought this was a really amazing place because of that. But seeing it shut down like this is just heartbreaking because, you know, we know that normally they’d be seeing patients in that exact position today. But it’s – instead, it’s just quiet.

FADEL: The ACLU spent the last several years in and out of court, getting injunctions on one piece of legislation after the next, all aimed at restricting or banning abortion. But it had always been with the backing of federal law. As early as today, Gatnarek will go to the state courts with a new legal argument.

GATNAREK: We’ve been preparing to file a state court case in Kentucky, arguing that under the Kentucky state constitution, there should be a right to an abortion based upon many of the same ideas that used to underpin the federal right, including a right to privacy and bodily autonomy. And we will be asking a court for temporary injunctive relief. If we succeed in getting that, it means that EMW could again see patients and could again provide abortions. But unless or until we get that injunctive relief from the court, they’re not able to provide care.

FADEL: Are you hopeful that any of that will change anything?

GATNAREK: I have to maintain some hope that we might be able to get relief in the state courts. Without it, we know that many, many folks will have an incredibly hard time getting out of state to access abortions or may not be able to altogether. There is, of course, a constitutional amendment on the ballot for Kentucky voters in November. So the voters will be deciding whether to amend Kentucky’s state constitution to explicitly prohibit a right to an abortion.

FADEL: The clinic has consistently provided abortion care in Kentucky for decades. For many years, it was the only clinic in the commonwealth that did.

MARJORIE FITZGERALD: Hi. Come on in.

FADEL: The next morning, we meet Ona Marshall, the co-owner of the clinic, and Dr. Marjorie Fitzgerald (ph). She goes by Marj. She’s an anesthesiologist at EMW. They show us around the now closed clinic.

FITZGERALD: So we’re going to go on in here.

FITZGERALD: So this has been set up to be so comfortable, this donated by a former patient.

FADEL: That’s Dr. Fitzgerald showing us a room of recliners where patients wait. On average, they performed 20 to 25 procedures a day. People would come from across Kentucky and the country. But today, she says, the clinic feels hollow. And Marshall says, there have been brief interruptions in care before, when the Kentucky legislature enacted laws restricting abortions or forcing doctors who perform them to jump through new hoops.

ONA MARSHALL: But usually, we had an injunction in less than 24 hours.

FADEL: This time, it’s unclear if the clinic will ever resume care. That depends partially on what Gatnarek does in court this week. Marshall and Dr. Fitzgerald say it’s always been hard for patients to get in the door because of anti-abortion rights protesters outside. It was so difficult for the patients that when Dr. Fitzgerald would check their vitals…

FITZGERALD: I would invariably see patients’ heart rates when they’ve just come in – like, they would lose their shoe because someone stepped on their shoe, knocking it off. I mean, they were physically assaulted sometimes. And their heart rate would be 120, you know? They’d be hypertensive. They were – I mean, it was like a stress response.

MARSHALL: Last Saturday before Father’s Day, we had 160 protesters.

FADEL: One hundred and sixty. So if you’re coming in for care, you have to get through 160 people?

FITZGERALD: They have bullhorns.

MARSHALL: So they’re blocking the sidewalk.

MARSHALL: Yeah. Loudspeakers, sometimes loudspeakers in the front and the back.

MARSHALL: Yeah, insulting them about the clothes they wear. If they have shorts on, that’s why they got pregnant.

FADEL: The protesters aren’t outside on the day we visit. The few signs of the patients that typically come through here are the pile of thank you cards on a bird feeder in the corner and the six empty stretchers prepared for patients who would be waiting for procedures. Dr. Fitzgerald doesn’t know if she’ll ever help prepare another patient here for surgery.

What happens now for you?

FITZGERALD: I will do what I can to help women get service elsewhere.

FADEL: She’s 74, a self-described morning person. Her white hair is partially pulled back. A red pen graces her white blouse. Keep our clinics, it reads, a little heart next to the words. Dr. Fitzgerald says she was drawn to this work because she started in health care before Roe v. Wade was law in the United States.

FITZGERALD: I went to medical school to be an obstetrician and then decided to be an anesthesiologist. But I was a nurse before I went to medical school. I worked at what was the city hospital here called Louisville General Hospital. And I saw patients who had sepsis from having had illegal abortions. I think having seen those women that did not have the option for safe care has never gone away. I still remember those women. Now we go back to the days of illegal abortions, and women’s lives will be lost because of this.

FADEL: She recounts some of the stories of her patients at this clinic.

FITZGERALD: I’ve taken care of patients who had gone through IVF only to find out that they have a congenital anomaly that is not compatible with life. They are grieving. I’ve taken care of, a couple of weeks ago, a 13-year-old and a 14-year-old next to a patient who’s 44 years old. It’s the gamut of women that are desperate. And it’s the hardest day in their life to a person. As they’re going to sleep, they look up and thank me and thank the staff for being here and providing care for them.

FADEL: As we prepare to leave, Dr. Fitzgerald shares another reason she does this work, why she says she knows what a country without Roe v. Wade means.

FITZGERALD: My story is not unique. Many grandmothers, faced with a birth control failure in their young adult years pre-Roe v. Wade, had to resort to an illegal abortion.

FITZGERALD: And that was my story. And that’s been my – one of my motivating factors in providing care for other women.

FADEL: Wow. What was that like? Can you describe it?

FITZGERALD: It was through the assistance of women who got me to a facility in Chicago. And I had what was an illegal abortion.

FADEL: And the facility you went to – we’re sitting in a facility that is bright. I mean, we were describing the colors downstairs, purple and pink and green. And there are recliners. Was the facility like that?

FITZGERALD: No, it was dangerous.

FITZGERALD: It was dangerous. And it was none of this.

FADEL: She said nothing more about that day.

Copyright © 2022 NPR. All rights reserved. Visit our website terms of use and permissions pages at www.npr.org for further information.

NPR transcripts are created on a rush deadline by an NPR contractor. This text may not be in its final form and may be updated or revised in the future. Accuracy and availability may vary. The authoritative record of NPR’s programming is the audio record. 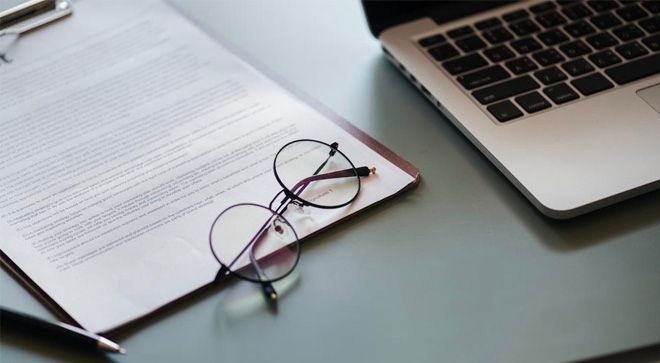