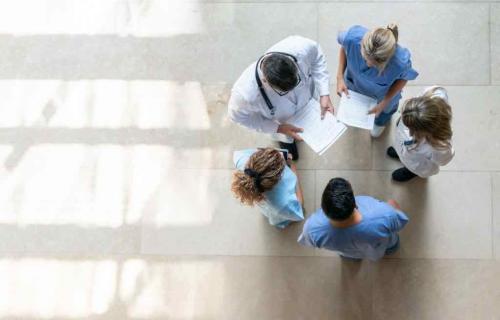 On March 9, 2022, a pharmaceutical company agreed to pay $260 million to resolve allegations that it violated the False Claims Act (FCA) by knowingly underpaying Medicaid rebates due for its drug and paying illegal subsidies in violation of the federal anti-kickback statute (AKS). In 2019 and 2020, the government filed separate complaints detailing allegations that the manufacturer used a foundation as a conduit to pay illegal kickbacks in the form of copay subsidies for its drug so that it c ould market the drug as “free” to doctors and patients, resulting in increasing the price and underpaying rebates pursuant to the Medicaid Drug Rebate Program. In connection with the settlement, the company also entered into a five -year corporate integrity agreement with the US Department of Health and Human Services (HHS) Office of Inspector General (OIG). The corporate integrity agreement contains unique drug price transparency provisions and monitoring provisions focused on Medicaid rebate and patient assistance program activities.

* We note this settlement because patient recruitment and brokering arrangements can arise in many different types of relationships. It is important to identify these arrangements and analyze to mitigate risk.

On February 14, 2022, a billing consultant and its owner agreed to pay $50,000 to resolve allegations that they violated the FCA by causing false claims to be submitted to Medicare due to facilitating kickbacks to beneficiaries. The government alleged that the owner and the billing consulting firm, through its role as a consultant and head of reimbursement to a laboratory, developed policies for collection of beneficiary copayments and submission of claims to Medicare that involved routinely waiving copayment obligations. The government also alleged that the defendant caused the submission of claims to Medicare for glucometers on behalf of ineligible Medicare beneficiaries. This settlement originated from a qui tam case brought by a call center employee.

This settlement is notable as an example of the government pursuing allegations against a billing consultant that the government viewed as having some responsibility for the provider’s conduct. While the settlement amount is not large, it is a reminder that billing consulting and revenue cycle management companies should be cognizant of the compliance implications of their work and their advice to provider clients.

This settlement is noteworthy because of the dollar value related to a single physician and that it involved the government alleging that the medical center’s use of its own employees functioned as the remuneration to the cardiologist. The settlement emphasizes the importance of properly evaluating the compliance posture of each physician arrangement in an organization.

On February 11, 2022, a medical director of a sober home was convicted for a scheme in which he ordered medically unnecessary urine tests for the facility’s residents three to four times a week. The drug-free apartment complex required tenants to submit regular tests as a condition of residency. According to the government, the director did not review the results of these tests or use them to develop patient treatment plans. The scheme resulted in $110 million in fraudulent billing to residents’ insurers. The government also charged the director with paying kickbacks to patient recruiters that referred residents and with bribing other sober homes to send their lab tests to his facility’s in-house lab.

This action shows the government’s sustained interest in urine drug testing and payments made by sober homes, including patient recruiter payments.

On January 20, 2022, the owner and manager of multiple durable medical equipment (DME) companies, including three in Missouri, was ordered to pay more than $7.5 million as part of pleading guilty to Medicare and Medicaid fraud. The DME companies paid kickbacks for orders and prescriptions signed by telemedicine doctors and nurse practitioners who in most cases did not examine the patients, have contact with the patients or otherwise determine that the patients needed DME. The DME companies then submitted claims to Medicare and Medicaid.

* This action is one example of the priority the government has placed on investigating telemedicine activities, particularly when telemedicine visits result in additional items being prescribed, such as DME.

On February 14, 2022, a Florida health system agreed to a $5.5 million settlement for allegedly providing donations (e.g., free nursing and athletic training services) to the county government and school board that resulted in inflating federal Medicare share payments.

This settlement is an example of the important compliance considerations that health systems should take into account when making donations to a government entity.

On April 11, 2022, the US Department of Justice (DOJ) intervened in an FCA qui tam case against a health system for allegedly paying unlawful kickbacks to a physician practice in exchange for patient referrals, causing damage in excess of $800 million to Medicare and Medicaid programs. The government had originally declined to intervene. This case highlights the importance of evaluating hospital-physician ventures. See our in-depth analysis of this matter here.

On March 31, 2022, a laboratory agreed to pay $11.6 million to resolve FCA allegations that it submitted false claims for medically unnecessary urine drug testing. The laboratory allegedly performed presumptive and confirmatory testing at the same time, and submitted both results to healthcare providers without waiting for them to request confirmatory testing. The government alleged that nothing supported the medical necessity of a separate confirmatory test absent physician review of presumptive urine testing results, and alleged that the confirmatory tests were performed according to standing/reflex orders rather than pursuant to a physician’s review of lab results.

On April 12, 2022, a physician practice and its founder and former chief medical officer agreed to pay $24.5 million to resolve FCA allegations of billing for unnecessary medical testing, paying unlawful remuneration to physician employees and making false statements related to the Paycheck Protection Program. Specific to the unnecessary testing allegations, the government claimed that physicians were ordering presumptive and confirmatory urine testing at the same time without determining whether such testing was reasonable and necessary or even reviewing the results of initial testing to determine whether additional te sting was warranted. The government stated that the test orders were issued due to standing/reflex orders rather than pursuant to a physician’s review of lab results.

Laboratory reflex orders can occur where a laboratory uses reflex templates or pre-orders for special stains and/or immunohistochemical stains prior to a pathologist’s review of the routine hematoxylin and eosin stain. Such special stains are not reasonable and necessary according to Medicare Administrative Contractors First Coast and Palmetto GBA. Laboratory reflex orders may seem efficient from a workflow perspective, but these settlements demonstrate the importance of reviewing a laboratory’s protocols for reflex tests and standing orders to ensure that the laboratory is not billing for medically unnecessary services.

FCA cases netted their highest total recoveries in history last year. Of all FCA recoveries in 2021, 90% (more than $5 billion) came from the health care sector. Some of this amount derives from the large opioid-related settlements. These results are consistent with the results from past years where healthcare organizations make up a substantial part of FCA enforcement activity and recoveries.

On February 8, 2022, the American Hospital Association continues to note concerns about disproportionate representation of healthcare in FCA cases.

Laser Technology Market Size is expected to reach at USD 24,171 Million by 2030, registering a CAGR of 8.7%, Owing to Growing Demand in Healthcare Industry

Laser Technology Market Size is expected to reach at USD 24,171 Million by 2030, registering a CAGR of 8.7%, Owing to Growing Demand in Healthcare Industry