The corals we find in the world’s reefs have their own microbiomes, and scientists are figuring out how to feed them probiotic ‘supplements’ – to try and save them for future generations.

A baby coral begins life as a swimming larva adrift in the ocean. When it is big enough, the larva sinks and secures itself to the seafloor – or, if it’s lucky, a healthy reef. Once settled, it begins to clone itself.

Shallow-water corals, made up of myriad different organisms, are essentially colonies of tiny animals collaborating with a marine algae called zooxanthellae, which feeds the coral and helps produce the calcium carbonate that forms reefs over thousands – or even millions – of years.

While the symbiosis between corals and zooxanthellae is somewhat well understood, scientists are just beginning to explore the full extent to which corals rely on other kinds of microbes.

Just like the delicate balance of microbes in our own guts, coral microbiomes can be disrupted by changes in their environment: ocean acidification, marine warming, bleaching events, and other stressors, most wrought by anthropogenic climate change and other human activity.

While climate action is needed to stop the damage rampant fossil fuel use is wreaking on the planet’s ecosystems, conservation biologists are also looking at ways to undo the harms we’ve already caused – in this case, restoring coral reefs.

In the waters of the Great Barrier Reef (GBR), stressors are becoming more intense; meanwhile, on land in nearby Townsville, tanks full of young corals are being raised in an effort to insure the reef’s future.

These corals are being fed probiotics in the hope that one day, this process will enable researchers to grow millions of healthy corals using aquaculture, to potentially enable large-scale restoration efforts on the GBR that are currently beyond our scope. 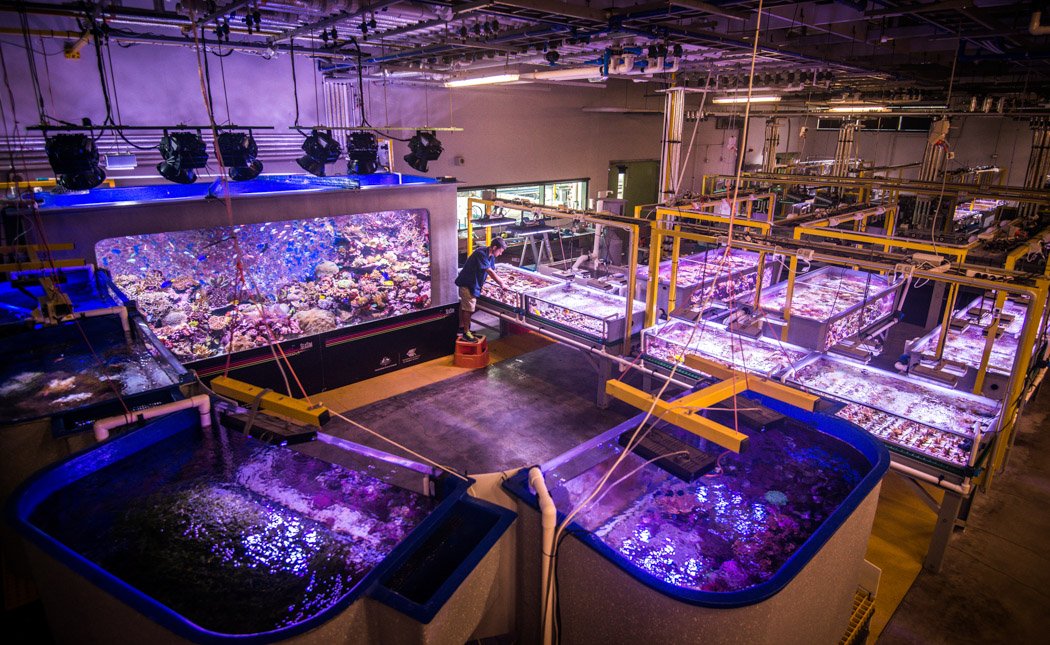 Scientists are screening a selection of the bacteria in this massive collection for traits that could support the health and development of human-reared coral.

The traits they’re looking for in probiotic bacteria at the moment include antibacterial activity, biofilm formation on coral mucus, and the production of digestive enzymes. These qualities are expected to help the coral retain its healthy microbiome after the probiotic course has ended. Detailed analysis on last year’s studies is ongoing.

At the Sea Simulator lab, coral spawning occurs annually, and this is the scientists’ opportunity to run experiments on the coral larvae. The first trial of this project happened in late 2021, when the coral species A. tenuis and P. daedalea spawned.

Following fertilization, the new ‘recruits’ – larvae settling on the bottom of the tanks – were exposed to individual strains of probiotic bacteria in a controlled setup. Then, the team studied their growth, the density of their symbionts (algae and bacteria alike), their immune responses, and their microbiome, especially in the long run after the probiotic was no longer added. 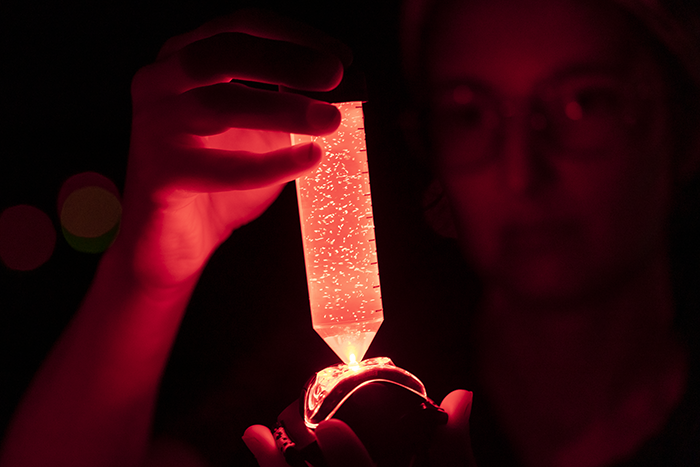 Scientists are also preparing for the coming season of coral spawning – expected to occur at the end of 2022 – so they can repeat the experiment. They will use the same coral species and keep all other conditions the same, but add a diverse array of bacteria in the probiotic mixture.

Høj says this next experiment will also look at long-term effects of the probiotic on lab-grown corals as they mature, and what this particular probiotic’s potential is for improving the coral’s resilience under stress. The team will also explore different strategies for delivering the probiotic to young corals – it’s not nearly as simple as swallowing a capsule with breakfast.

According to Høj, this research might one day lead to probiotics for use in the natural reef environment, although questions remain on how feasible that is. But at this stage, the probiotics in development are intended for use in labs and aquaculture, and only for GBR species.

While mitigating human-induced climate change remains the most important factor in the survival of coral reefs, it’s good to know there are other creatures looking out for these ecosystems.